Planning Tradeshows is a tricky business. Not only do show directors have to assure that the current event runs smoothly, they must also think ahead. The success of future shows depends not only on the strength of the current event, but also on research efforts between shows. Promoters need A-list exhibitors at their next show to guarantee exceptional attendance. Here, three tradeshow directors weigh in on some significant questions regarding the trials and tribulations of catching and keeping quality exhibitors at their events. 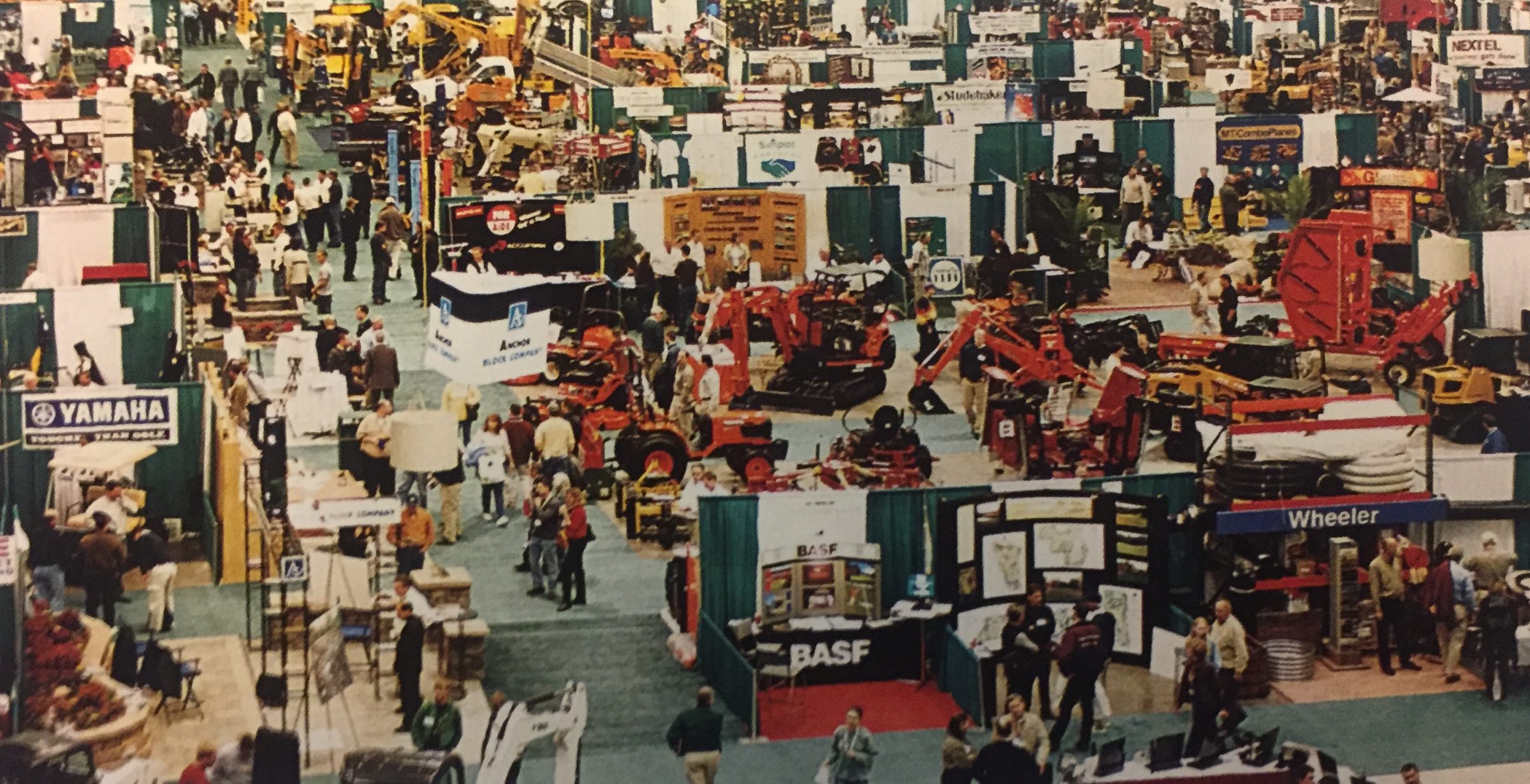 The Minnesota Green Expo is the product of a merger between two long-time events: the Minnesota Nursery & Landscape Association (MNLA) Convention and Trade Show and the Minnesota Turf and Grounds Foundation Conference. “The two events merged in 2003 and have achieved success in booth sales and attendance beyond our expectations,” said Bob Fitch, executive director of the MNLA. In 2004, the show exceeded 800 booths and 7,400 attendees.

Booking exhibitors for the following year’s show begins immediately after the expo, when next year’s contracts are mailed to all current exhibitors. “For those companies wanting to maintain their cur-rent booth location, move or expand, the deadline to return the contract with a deposit is March 15. After March 15, we assign booths, then send a contract again to exhibitors who were in the previous year’s show and also to those on the waiting list,” Fitch said. “Finally, in the summer, we mail information and contracts to companies in our prospective exhibitor database.

The Midwest Poultry Federation (MPF) has held an annual convention and tradeshow for the past 33 years. The private event has been held at the River Centre in St. Paul since 1998. Currently held in March, the show emphasizes education and business opportunities for the turkey, broiler and egg industries in the upper Midwest and caters mainly to the production side of the industry.

According to Lam Durben, MPF program director, the process for selling booth space involves several mailings to both past and potential exhibitors. They maintain an up-to-date database of companies and include a special section for exhibitors on their Web site.

The MPF also sends a representative to the International Poultry Exposition in Atlanta in January. This person visits as many booths as possible and distributes sales packages for the federation’s St. Paul show. “This is often a very successful way to sell our few remaining booths. We can talk to a large variety of companies who we think will be a good fit for our show in March,” Durben said.

About 200 exhibitors present the latest in wedding ideas to the mass of attendees. According to Bruce Vassar, a TCBA marketing and sales representative, because the Wedding Fair is so well known and is looked up to by international bridal show producers, filling the space with exhibitors is not a problem.

Every tradeshow has several companies considered to be major players because they attract both attendees and other exhibitors. Exhibitors who rent the most booth space, have the bigger budgets, feature the latest industry products or have been with the tradeshow for many years are also considered a show’s anchors. Showcasing the latest products and equipment is key. Vassar calls them “trend forwards.” These exhibitors are usually a little over the top, he said, but they under-stand the industry well. Because these trend-forward exhibitors are usually the best of the best, they may not feel the need to exhibit at the Wedding Fair. But they need to support the industry, said Vassar arid it’s important to offer the brides different choices.

“We have to keep in mind that not everyone can afford [the most expensive] price points,” he said. “Brides will spend a lot of money on certain things and not as much on others. That’s why we need to offer a wide variety [of exhibitors].”

“It’s a priority for us to ensure that we keep a good balance between hard goods and green goods,” he said.

Because of company mergers and acquisitions, the number of companies exhibiting at the Midwest Poultry Federation tradeshow has decreased slightly. But those who are important to the industry, whether large or small, are the ones who Durben wants to see at the show, such as equipment manufacturers, feed and feed product vendors and animal health product exhibitors.

Tradeshow longevity and consistency is also a factor when it comes to the major players. All three of the event directors have exhibitors who have been with their shows for several years. It’s important to both oblige long-time exhibitors while at the same time continue to look for new exhibitors.

“We certainly don’t want to see a company that has been exhibiting with us for 20 or 25 Years suddenly decide not to exhibit at our shows,” Durben said. “That would be a sign that either we’re doing something wrong or the economy of the poultry industry is lagging in some way.”

Tradeshow directors accommodate their long-time exhibitors, usually with preferential booth placement. At the MIT trade show, companies who have previously exhibited have “first clips” on their spot from last year, Durben said.

Exhibitors who attend all three of the Wedding Fairs during the year also get priority. “We try to raise the bar,” Vassar said. “When exhibitors really invest in what we’re doing and believe in our vision, we invest back.”

Sometimes priority placement can he a frustration for tradeshow directors. “Long-time exhibitors tend to gather toward the front door,” Fitch said. “If I had perfect control, I’d spread out these anchors, just like at the mall.”

To keep exhibitors coming back each year or to lure new companies to a tradeshow, directors need to collect attendee information and use specific marketing strategies. Direct mailings, comprehensive Web sites (complete with a list of previous exhibitors) and word-of-mouth are huge influences on current and potential exhibitors.

Most tradeshows collect demographic information on attendees through surveys and then compile the information to provide to exhibitors. This data includes total registered attendees, the percentage of attendees from each industry segment, the percentage of registrants who are decision makers (i.e. owners, managers, etc.), geographic information and more. “Showing potential exhibitors that we have quantifiable numbers of their target audience is critical ill the selling process,” Fitch said.

Staying on the cutting edge of the industry is also important when luring exhibitors. The first way to remain ahead of the game in any industry is to study and attend other tradeshows. “There is something to be learned at every tradeshow, large or small,” Fitch said. Tradeshow directors and staff also keep up On trade publications and belong to industry organizations as well as management associations. 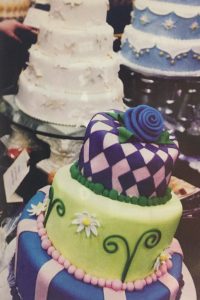 Vassar, with the Wedding Fair, said his fair must always be “25 steps ahead of the industry” by coming up with new concepts. For example, each show has a theme; past shows included Hollywood weddings and legendary brides. In January 2005 the theme will be Winter Weddings. Because hardly anyone gets married during the Minnesota winter, it’s an extremely hard time for exhibitors, Vassar said. Some could see it as a bit of a gamble, but by focusing an entire show around the winter wedding concept, brides discover new possibilities and exhibitors hopefully receive a boost in business during difficult months.

Vassar and the staff at TCBA also keep the Wedding Fair up-to-date by helping their exhibitors stay on the cutting edge. Vassar will work as a marketing consultant and visit companies, holding seminars on how to make the most of the Wedding Fair.

“We create an experience for the vendors which helps them create a comfortable atmosphere for the couples,” he said.

The Measure of Success

By luring the major players and staying on the cutting edge of the industry, tradeshow directors can expect success. The numbers can measure success, whether it’s total attendance or target audience. Post-show surveys and exhibitor feedback are also key measurements. And continued growth each year is definite proof that a tradeshow or expo has accomplished its goal.

But it’s also important to look at the intangibles, Fitch said. Walk the floor and talk to the exhibitors and ask them if they’re getting good leads. He suggests heading to the worst spot on the floor and checking in with the vendors. Another good sign is if a decent number of attendees are on the floor at closing time on the last day.

“As a show manager, spend some time at the information booth or some other high-profile area,” Fitch said. “If you get even three or four people saying ‘Wow this is my first time here and this is great,’ then you know you’re doing something right.” 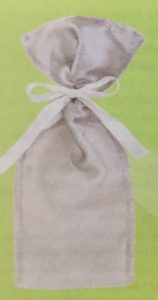 Making the Most of Your Giveaways

Giveaways have a major presence at any trade-show. Almost every booth has a trash, trinket or treasure for attendees to slip into their bag. From pens and pencils to key chains and T-shirts, exhibitors use these items to a varying degree of success.

According to Debbie Thompson, marketing coordinator for Alpharma Inc., a specialty pharmaceutical company that attends the Midwest Poultry Federation’s tradeshow, the main purpose of her giveaway is to attract attention to her exhibit.

“The most important person can be walking around with his family and you would never know the type of business he has or how large his business is,” she said.

“It benefits us to attract that person into our booth to gain information.”

At Alpharma, giveaways are based on the promotion the company is running at the time. They tend to hand out both high-end and low-end giveaways at the booth. The low-end item is given to all show attendees, while high-end items (i.e., a T-shirt or more expensive item) are reserved for a known customer or an attendee who asks for a company representative to call them, said Thompson.

With logos plastered on pens, rulers or Post-It notes, attendees are also reminded of the exhibitor when they bring these items home or to the office. For Alpharma, however, they don’t worry about the impact of the giveaway after the tradeshow is over, said Thompson. Giveaways are used mainly as a tool to draw attendees to a booth during the show. Either way, when it comes to tradeshow exhibiting, giveaways are an important promotional tool. And the attendees with overflowing bags just might be the first callers waiting on your voice mail when you get back from the show.

Trade Show Stoppers By Amanda Fretheim Planning Tradeshows is a tricky business. Not only do show directors have to assure...

Look for our Pride Vendor Badges!

Look for our Pride Vendor Badges!

In the News: Special Events Magazine

In the News: Special Events Magazine

Enter for your chance to win up to $10K for your Wedding!