Samantha Kemming and Nate Flaherty met by chance while attending a festival in their hometown Minneapolis. But it was Samantha who made sure their first meeting was no their last. “I actually asked Nate to take my number because I didn’t think he was going to ask for it,” she admits. Her insistence worked, and the couple fell in love. 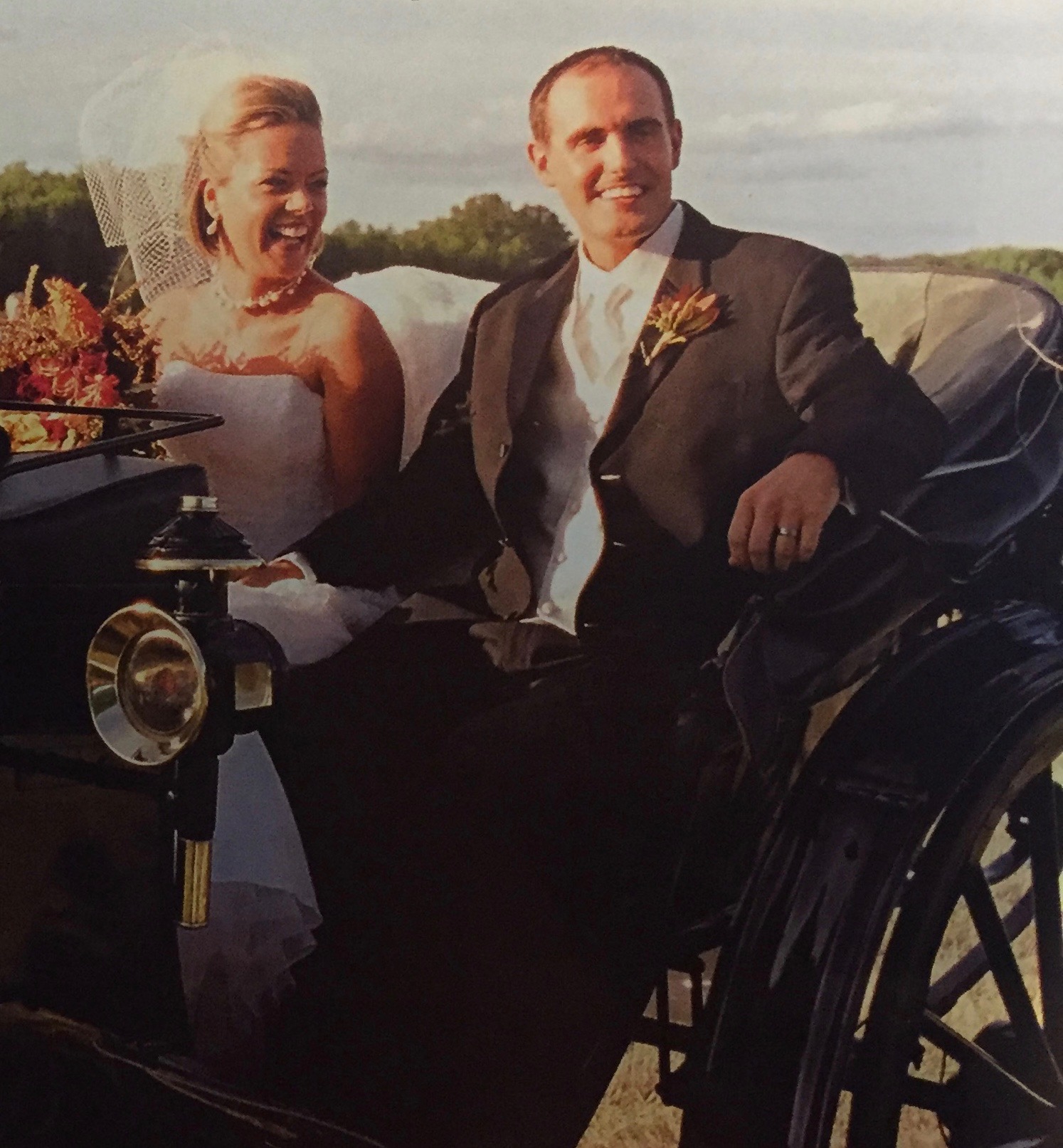 With Christmas being Samantha’s favorite time of Year ( “I love snow!”), Nate planned his proposal for a wintry December evening. He asked a local restaurant to open its rooftop dining area just for him and cleared a path in the snow to set a table for two. There, overlooking the festival area where he and Samantha had first net and with the holiday lights displayed across town, he asked Samantha to be his wife.

It seemed that the couple’s wedding planning was as fated as their introduction. Samantha and Nate envisioned having a small summer celebration at a winery, but due to a lack of available venues, the couple settled on a large, winter event instead. They soon learned., however, that their dream event was still within reach. Samantha and Nate were the winners of the 2007 Trend Wedding contest, which entitled them to an all-expense paid celebration organized and designed by Bruce Vassar and Matthew Trettel, the coordinating duo known as The Wedding Guys. From fashion to favors, food to flowers, each and every element of the wedding would be catered with Samantha and Nate in mind, but the most felicitous part about the prize was that the Trend Wedding theme was dubbed the “Vineyard Wedding Experience,” and was designed to embrace the trend of “smaller, more intimate experiential weddings.” With their ideal wedding day laid out in front of them, Samantha and Nate happily trimmed their 250-person guest list down to seventy-six and put their hopes and dreams in the hands of the local wedding industry’s most innovative thinkers.

Copper and dark blue invitations delivered in cork-lined wooden boxes announced the location for the wedding — the Chateau St. Croix Winery and Vineyard, a sprawling location that boasted a quaint courtyard for cocktails, a grand hail for dinner, an art gallery that was transformed for dancing, and an outdoor ceremony area graced by an enormous elm tree. The entire property was dressed for the wedding in rich and dramatic colors ranging from chocolate brown and copper to aubergine and royal blue. Plum calla lilies, burgundy roses, hanging fuchsia amaranthus, purple mums, and amber orchids were just some of the flowers that were used alongside grapes, feathers, maple leaves, and vines to play up the rustic elegance of the setting. 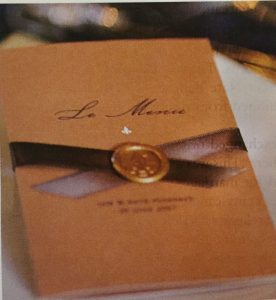 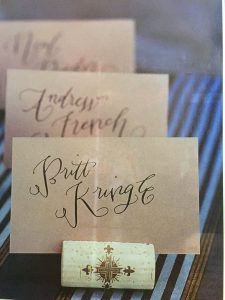 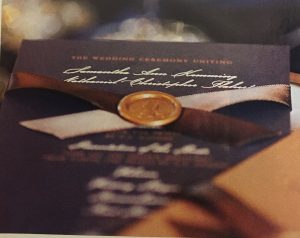 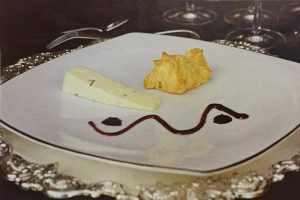 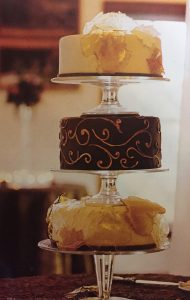 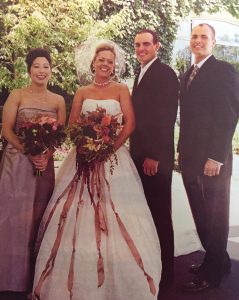 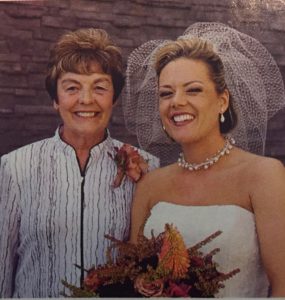 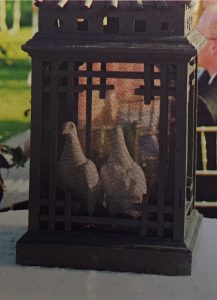 As guests arrived at the chateau, they were greeted by a polo match being conducted on the grounds. Samantha and her maid of honor rode out to the ceremony pasture in a horse-drawn carriage strung with a garland of blooms. The bride walked down the aisle on her father’s arm and met Nate beneath the majestic tree with traditional love knots fashioned from ribbons and flowers dangling from its limbs.

The bride and groom exchanged original vows, which they spent much time creating together. “This was a great learning and growing experience as we prepared for marriage,” says Samantha. They also decided to forgo lighting a unity candle for something a little more personally inspiring: a dove release as Nate’s father sang “In My Life” by The Beatles. After becoming husband and wife, the couple relished the ride back to the main house. “It was such an amazing moment seeing everyone all decked out in their finest, waving and smiling in the beautiful sunshine.” 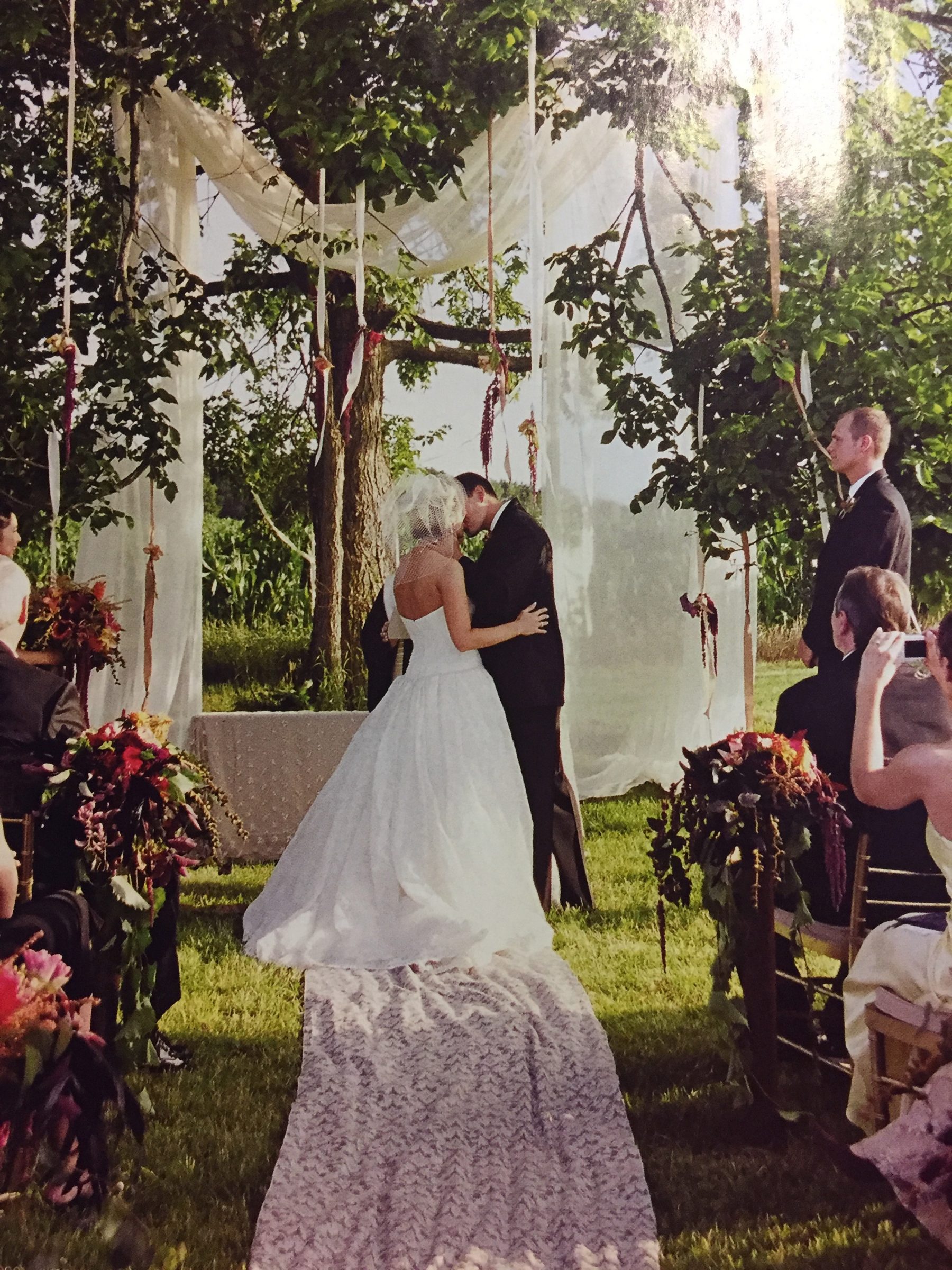 Having enjoyed cocktails and appetizers with their loved ones, the newlyweds dashed away to change into their reception attire. Nate donned a white dinner jacket while Samantha appeared in her second Michelle and Henry Roth gown of the evening, one that was a little more conducive to a night of dancing. But before she and her husband took to the floor, the entire group gathered at a single horseshoe-shaped table draped in midnight blue and copper linens for the eight-course wine pairing dinner. “We could not have thought of a better way to combine our love of wine and cooking,” asserts Samantha. The caterers even took their favorites into account, addressing Nate’s love for steak with a filet mignon course and Samantha’s taste for seafood and cheese with a salmon Napoleon and a separate duet of brie and Maytag blue cheese. The decadent courses were served simultaneously to each guest, an impeccable presentation technique described by Vassar as “waiter ballet”. 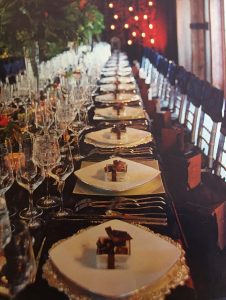 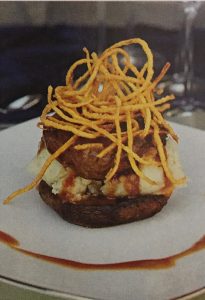 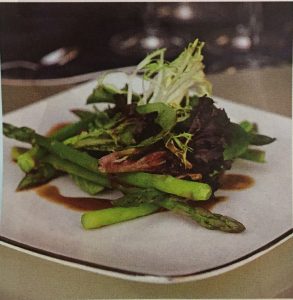 The diners took a break and adjourned outdoors for an impressive fireworks display before returning for the dessert finale, a wine inspired “cake flight” that was according to Samantha, the highlight of the meal. A tasting of the three-wedding cakes-in-one were plated along with sugar grape leaves personalized with “Samantha and Nate” in piped chocolate.

A Performance by professional ballroom dancers kicked off the dancing and set the stage for the newlyweds’ first spin around the floor. The Big Band sound of the Minnesota jazz Orchestra was followed by a DJ who kept the gallery packed all night long.

Upon their departure, guests were given gift bags full of treats (such as artisan chocolates and St. Croix ‘s Thoroughbred Red wine) and custom-designed lanterns tagged with the sentiment “Let Love Light the Way.”

But the wining and dining was not over for Samantha and Nate. They enjoyed a thematically fitting honeymoon in the wine country of Napa and Sonoma, stopping to explore San Francisco along the way. 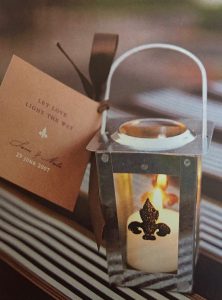 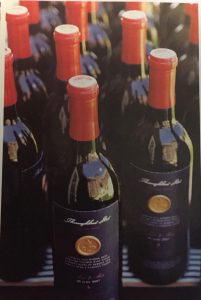 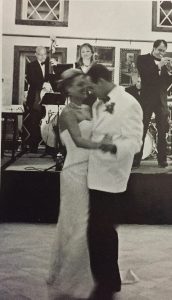 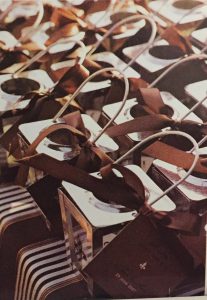 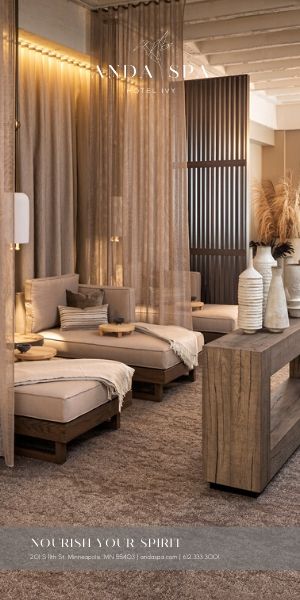 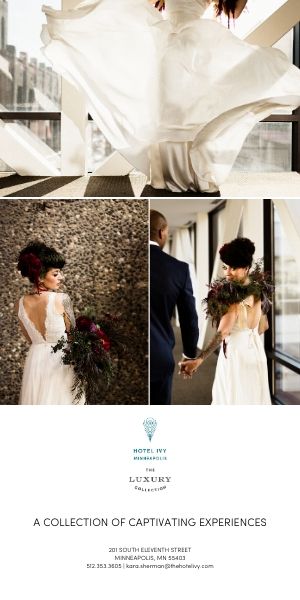