Menu
February 20, 2008 In The NewsInspiration and Trends 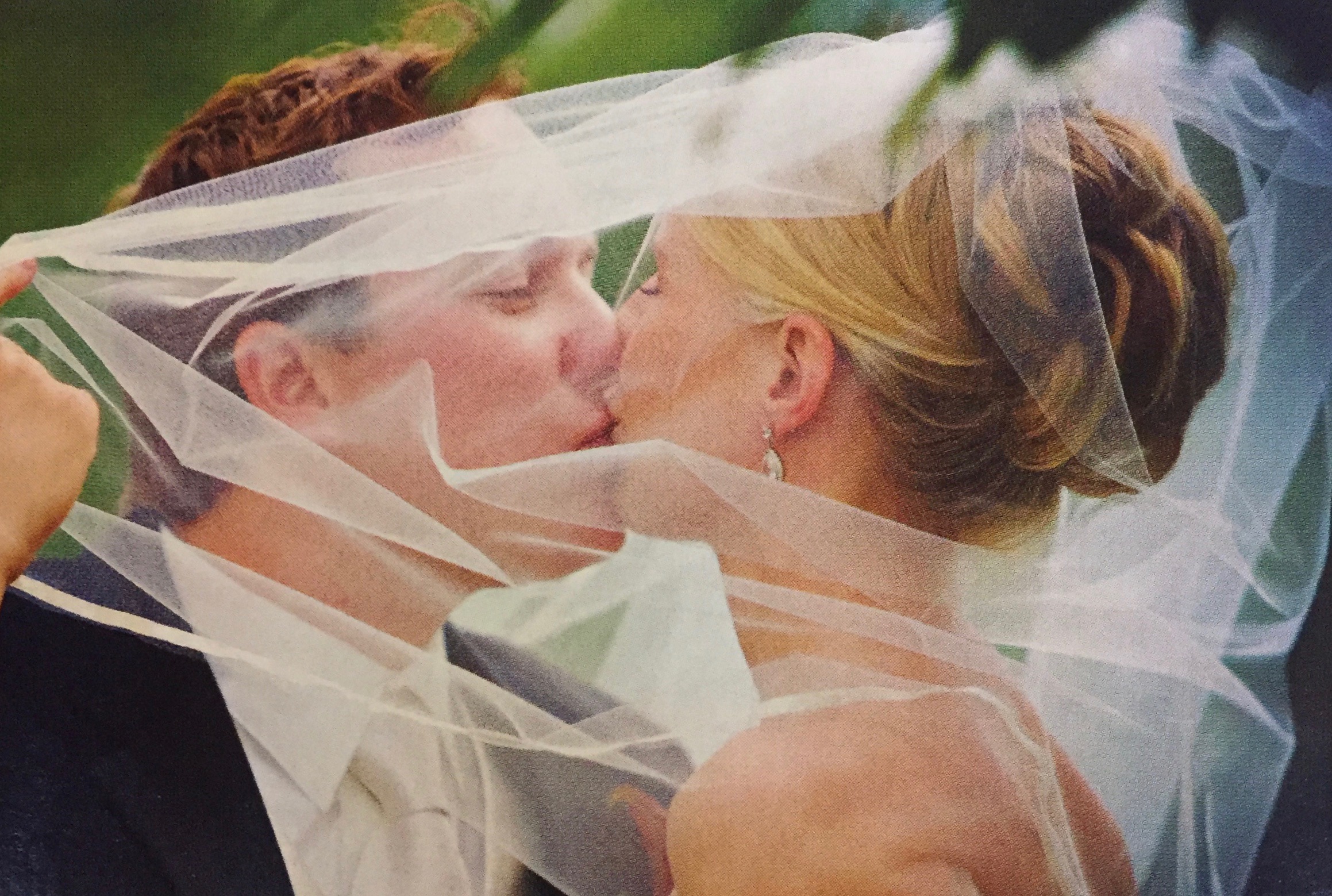 Wedding style, like all style, generally gets set elsewhere than the Twin Cities. But our secret weapon is The Wedding Guys, whose expertise in all things weddingy has earned them national renown. We caught up with The Wedding Guys (known to ordinary mortals as Bruce Vassar and Matthew Trettel), and got the skinny on what’s in and what’s so last year in weddings.

What’s In: Metals and acrylic

Invitations aren’t just fancy letters with flowery fonts anymore. They’re more like a marketing event, part of a package that sells the event as something that nobody should miss. That’s why the discriminating couple has begun to use new materials, like raised copper or acrylic, instead of the usual paper invitations. They’ve also been using interesting packaging for those invitations. “We just did a wedding at the Chateau St. Croix where the invitation arrived in a wood box that was lined with wine corks,” says Vassar.

The days of the satin A-line are over, at least for now. Vassar says that he’s seeing different fabrics like organza and tulle, fabrics that lend themselves to a more ethereal look. “There’s more fabric and more layers, and people are going for romantic rather than shiny,” he says.

What’s In: Jackets and sleeves, pleats in chiffon and organza

What’s Out: Plain and no sleeves

Years past have seen a lot of more simple dresses with no sleeves, partially as a reaction to the previous days when sleeves were gigantic and scary puffy. But sleeves are making a comeback, without the puff. The sleeves are of light fabric, almost see-through, with beading. And Vassar says he’s seeing more jackets, like a short Bolero jacket over a strapless gown. “The brides are really enjoying the variety of options,” Trettel says. “There are more pleats in chiffon or organza, and it’s nice to see that diversity, because not every figure looks perfect in a strapless gown.”

Interest in outdoor weddings has been growing, and for this climate, that means tents and reliable weather. That rules out June, when a hailstorm might ruin everything. “The weather is more reliable in September or October, and it’s also drier,” says Trettel.

To see what will be hot in weddings in a couple of years, all you have to do is pay attention to what’s going on with the celebrities. The color cues come from the red carpets, like the Oscars or the Golden Globes. Trettel says that blue is having its turn this year. Also, brown is the new black, especially brown with an accent color.

The days of identical bridesmaids aren’t over, but the method of sameness has changed. Vassar says he’s seeing more weddings where brides allow bridesmaids to choose their own dresses — or at least necklines — as long as they all have the same color. “It depends on how lenient the bride wants to be,” he says. “You could end up with three shades of red, and even if you select the same color, dye lots can be very different.” Still, he says, the regard for different body types has become more popular in the last couple of years.

Weddings have been getting smaller, except in the smaller towns, because of the tendency for people to have less contact with their extended families.

What’s In: Spending more, everyone pitches in to pay

What’s Out: Bride’s family only

But that doesn’t mean people are spending less; on the contrary, since the responsibility for funding is coming from the bride’s family, the groom’s family, and even the bride and groom, weddings are getting more extravagant in many ways. “People are getting married later than they used to, in their late 20s or 30s, and so they’re more established financially and probably making more than their parents did,” says Vassar. 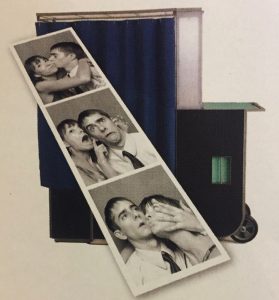 Here’s a flash. The photo booth is back in a big way. The nostalgic picture-takers are making the rounds at wedding receptions everywhere. With just the touch of a button, guests can create memorable pictures for original guest books and favors. Matt Gassman of The Traveling Photo Booth in Minneapolis admits it’s hard keeping up with the demand. “It’s really growing. We are working all the time. It’s gone way beyond what we imagined.”

The booth may have an old-school feel, but Gassman says his business is very high tech. The Traveling Photo Booth produces blur-free, sharp, high-resolution photos in black and white or color. There’s even a digital preview screen to practice poses.

So why are the booths booking up so fast? “It comes down to the curtain. People can be uninhibited behind it,” Gassman explains. “These pictures capture people’s personality… what’s inside of them.” They are also extremely interactive and the photo strips are a definite conversation piece. Guests can even go online after the party to order pictures.

“We are still getting calls about how much fun our guests had throughout the evening. The Traveling Photo Booth added a whole new entertaining dimension to our reception,” attests bride Missy Stein.

If you plan on having one at your reception, you might want to warn the deejay. Gassman laughs, “Sometimes there are more people around the photo booth than on the dance floor.” Lori Storm

What’s In: Different (2 outfits for bride, 2 for groom)

In fact, weddings are almost becoming like concerts, with theatrical spotlighting and different outfits for different phases of the event. “The bride might have one dress for the ceremony and another for the reception, maybe something that’s more appropriate for dancing or a little sexier, maybe in a hot purple or fuchsia,” says Vassar. “The guys are doing a tuxedo for the ceremony and then a white dinner jacket for the reception.”

One option that has always been an option and is catching on in the media — if not in the market — is green weddings. But Vassar points out that weddings have always been green in many ways. “The linens, the outfits, the decor, all of these things are rented so they’re re-used over and over,” he says. Cakes can be organic, and flowers can be locally grown, but for the most part, weddings have always been green — with the exception of wedding gowns, which are frequently made of polyester. But green can mean a little more expensive, and price sometimes dictates the cheaper, less organic option.

Other than the rehearsal dinner, weddings used to be a one-day affair. But now people are having a groom’s dinner, an after-party, and even daytime events for the wedding party. “The ladies might all go to a spa day while the guys go golfing,” Vassar says. “The after-party might be pizza or a late-night buffet after the reception is over, a smaller, more intimate gathering with a relaxed atmosphere and just the wedding party and intimate friends.”

What’s Out: Chicken dinner and dance at a hotel ballroom

There’s no need to limit yourself to the usual DJ and dinner at the Ramada Inn; receptions are getting more fun all the time. Couples are using museums (like the Walker or the Weisman Art Museum) or restaurants for their receptions instead of the usual hotel ballroom, and they’re including entertainment and experience in the event. “You can bring in an espresso bar or an oxygen bar. where people can smell different odors like magnolia or lilac,” says Trettel. “Or you can serve cookies and milk at the end of the reception.” And why not do something educational? Some couples are holding formal dinners at the reception, with several courses and wine pairings and a chef who explains each course and the wine that goes with each.

*The main thing to understand, though, is that today’s trendy is tomorrow’s boring tradition. You don’t have to do what everyone else is doing. whether that’s time-honored tradition or the newest new thing.

His and Her Drinks

His and Her Drinks

While the Signature Drink is so yesterday, the updated version pays homage to both the bride and the groom. If one is good…...

ALL ABOUT RUFFLES! on Get Married!

ALL ABOUT RUFFLES! on Get Married!

Tune in to GET MARRIED on Saturday, January 16, 2010 as The Wedding Guys give tips on the latest craze – RUFFLES FOR WEDDINGS!...

Enter for your chance to Win

This is YOUR chance to build your perfect wedding by entering our lottery for $25K in cash. All you have to do is hit the link below and guess our Dream Wedding Vendor Wish List. Get it right and the prize is yours!