Crowds are camped out tonight at Westminster Abbey and it won’t be long before we head that way. We got a look this evening before we headed back to our hotel. There was excitement in the chilly air as we watched them begin to roll out the red carpet.

Inside the Abbey eight trees line the aisle. Somewhat an understatement, these 20 foot tall trees bring the spring outdoors in along with potted plants and English greens. 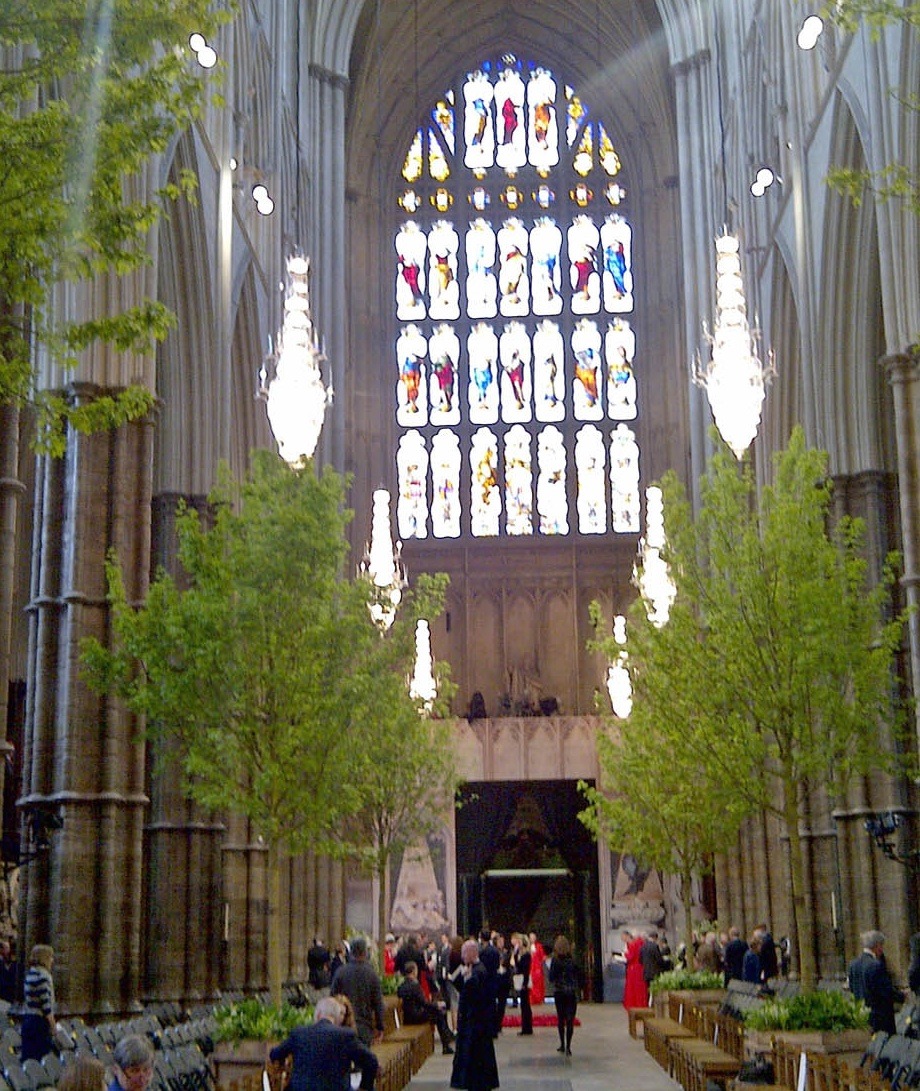 Westminster Abbey has hosted only fifteen royal weddings in its long history (of reigning monarchs or those who, had it been established at the time, were entitled to the title “Royal Highness”). History records a number of weddings taking place “at Westminster” but this did not necessarily mean at the Abbey. Another probable venue was St Stephen’s chapel in the Palace of Westminster. Whitehall Palace and Greenwich Palace were two of the locations used by Henry VIII. St James’ Palace and St George’s chapel Windsor were also popular with later monarchs and their children. Princess Patricia, a grand-daughter of Queen Victoria, began the modern trend for royal marriages at Westminster Abbey in 1919 and Princess Mary daughter of King George V and Elizabeth Bowes Lyon, who married the future King George VI, chose to follow her example. Since then every royal bride has been married in Westminster Abbey with the exception of Lady Diana Spencer who married Prince Charles at the St. Paul Cathedral in 1981 and when Sophie Rhys-Jones married Prince Edward in the St. George’s Chapel at Windsor Castle in 1999.

To the viewing audience Westminster Abbey is divided by the choir loft for the Royal Chapel Choir, London Chamber Orchestra and a fanfare team from the Royal Air Force band. The first seating section of the Abbey will be for friends, charities and government officials. The second seating area close to the high altar is reserved for the Choir, members of the Royal Court of Windsor and foreign Heads of State focused on ruling monarchs and the family of Catherine Middleton and the Royal Family.

Following the vows, many people wonder where the couple and members of the Royal Family retire to for signing of the register, witnessing the marriage. 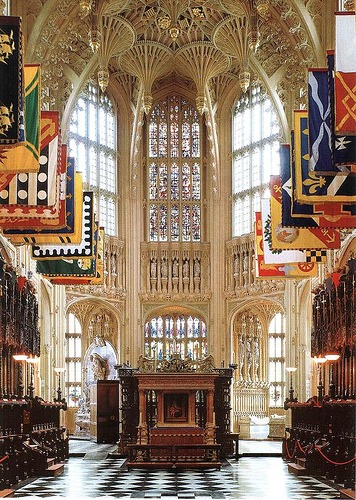 Behind the High Altar, is The Chapel containing the shrine of St. Edward the Confessor, which lies east of the Sanctuary at the heart of the Abbey. It is closed off from the west by a stone screen, probably of 15th century date, carved with scenes from the Confessor’s life. Work is in progress to conserve the floor of this chapel and during this time public access is restricted to only the Royal Family.

Share this...
The Royal Wedding Music
The Wedding Guys Appear on Fox & Friends

The Arrival of the Royal Wedding Party at Westminster Abbey

The Arrival of the Royal Wedding Party at Westminster Abbey

For any wedding a designer knows it’s all about the arrival. We were enthralled by the crowds, flags, uniforms and of course...

Come Along With The Wedding Guys – We’re headed to London as correspondents for the Royal Wedding April 24-30, 2011 At the age...

Tiara’s may be in or out for some brides but for a Royal Bride they are part of their overall attire for the pomp, pageantry... 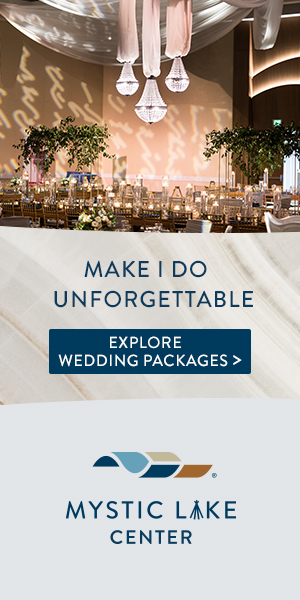 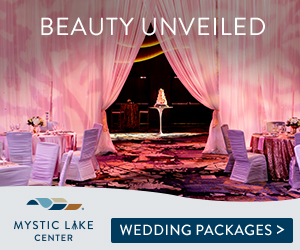