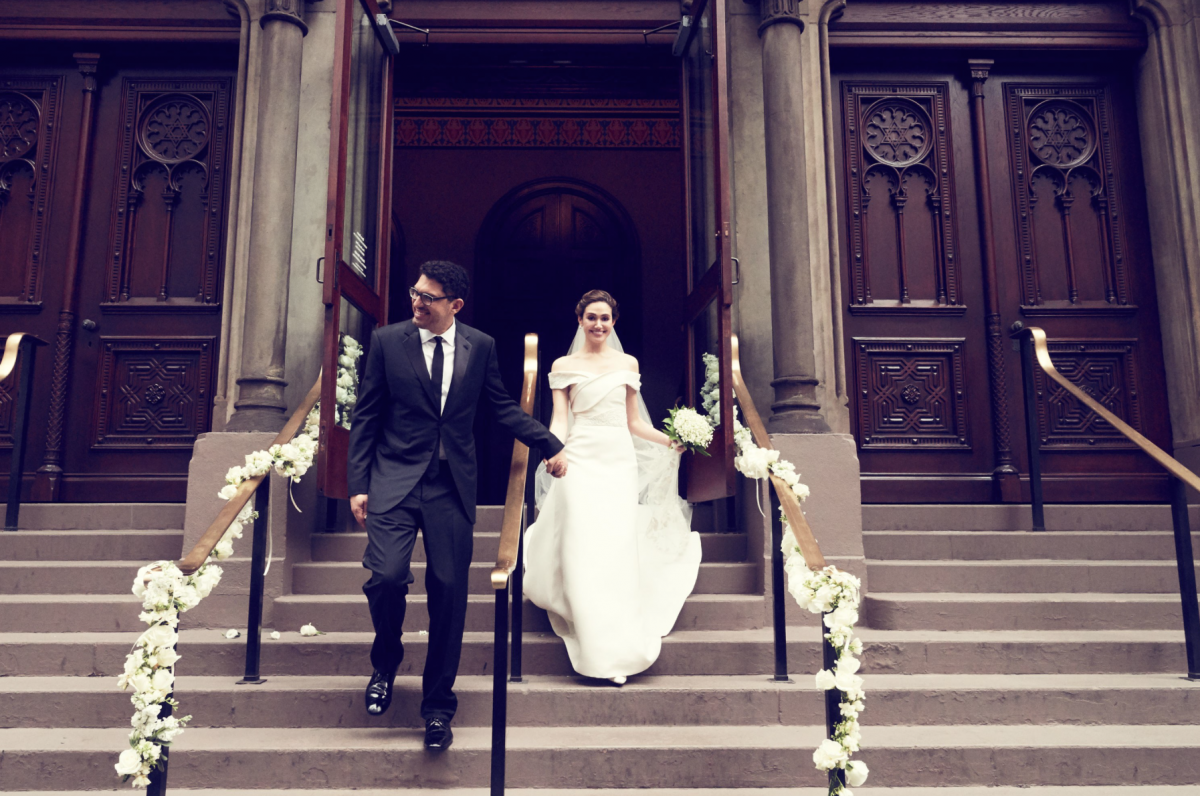 Emmy Rossum and Sam Esmail finally tied the knot over Memorial day weekend.  After getting engaged in August of 2015, the couple spent nearly two years basking in engagement bliss before making things official on May 28th, 2017.

The long engagement gave Rosum a chance to collaborate with designer Caroline Herrera to create the gown of her dreams.  Both Rossum and Herrera were faced with the challenge of ensuring that the gown would live up to the grand location of both the ceremony and reception.  The ceremony was held at the Central Synagogue and the reception at the Guggenheim Museum.  They used the shape of the Guggenheim as inspiration for the bodice of Rossum’s gown that took on a modern and fresh look. Herrera even helped Emmy finish her look by offering a suggestion for a sweeping updo by hairstylist Ryan Trygstad.  The blushing bride opted for a natural makeup look by artist Jo Baker and topped off her look by accompanying a Fred Leighton headpiece with her Carolina Herrera Cathedral Veil.

We absolutely love the floral altar backdrop that was featured in the photo that Emmy posted on her Instagram account.  Beautiful floral seemed to be a theme for the day, as the couple even existed the Synagogue walking down the stairs decorated with white roses.

Actress and Dancing With The Stars judge Julianne Hough and NHL Player Brooks Laich said their “I Do’s” at a lavish outdoor...

Tiara’s may be in or out for some brides but for a Royal Bride they are part of their overall attire for the pomp, pageantry...

PRINCE HARRY OF WALES TO MARRY AMERICAN ACTRESS MEGHAN MARKLE After a 16-month whirlwind romance, Prince Harry of Wales and...