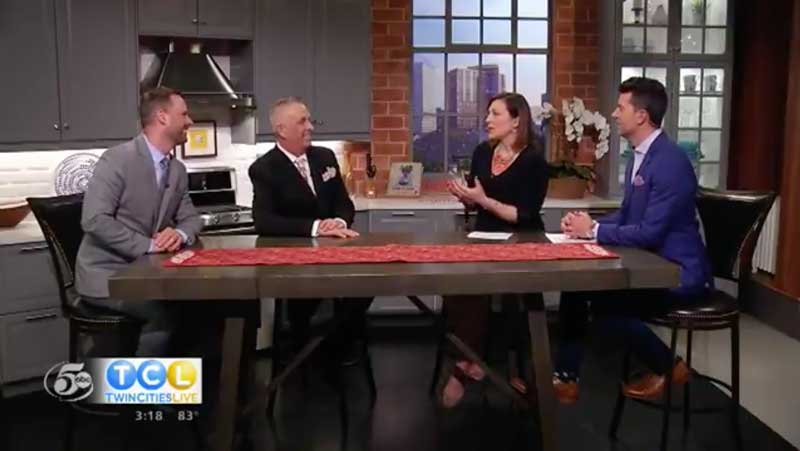 Each year The Wedding Guys work to create continued connections through its media partnerships and 2017 was a ground-breaking year with a record number of television segments produced through a strategic partnership with Twin Cities Live. In addition to their normal schedule of appearances, The Wedding Guys were featured on 17 episodes of Twin Cities Live in addition to the entire hour-long Trend Wedding episode that was filmed live from the Calhoun Beach Club and featured the Trend Wedding of Matt & Kay, along with 12 partners that came together to produce the region’s most publicized wedding.

The Wedding Guys are excited to announce the continued partnership with Twin Cities Live for the 2018-2019 season. This season will also feature an on-air wedding as part of the Trend Wedding Giveaway, which will happen in-studio on Valentine’s Day 2019! Watch for a listing of upcoming episodes featuring The Wedding Guys.

Share this...
How to Include Your Kids and Future Step Kids in Your Wedding
Using the Rule of 7 in your marketing

Before you do anything, create a branded impression with a logo sign. We aren’t talking just a roll-up banner. With new...

Our newest stand out designer since we saw them in April of 2013 once again shined at Couture Bridal Market this fall with...

Are you looking for a great takeaway from the show? Want to give guests to remember you by? It’s a fact that gift bags...