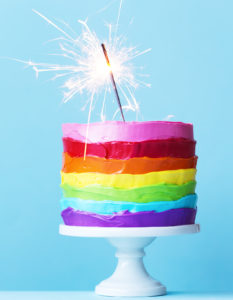 10.1 — The percentage of total marriages in Iowa that were same-sex couples between April 2009 and March 2010. Of the 2,020 same-sex couples married in Iowa in that year only 815 couples were from Iowa, with the rest being from out of state, predominantly from neighboring Illinois, Missouri and Nebraska.

6,200 — The number of same-sex couples married in Massachusetts the first year, that number fell to only 1,900 marriages in the second year.

Share this...
Tips for updating your business to be inclusive of same-sex couples
NPR covers the new book 'Capturing Love': The Art of Lesbian and Gay Wedding Photography

Thousands of couples visit TheWeddingGuys.com every month and while many of these couples attend our shows each year, many...

Print New Business Cards or Brochures to Market Your Business Have you been wanting to kick off the New Year with printing...

A private collection showing by Cymbeline of Paris brought us in to dress their models with our favorite pieces from the...