A local Minnesota couple planning their own wedding is the face of a brand new Hershey’s Product. Jenny Ries and Craig Hirschey are set to get married in Brainerd, Minnesota, this winter, but their engagement has been extra SWEET thanks to the product launch of a new Hershey’s Mashup. Read about this iconic story below and follow along this winter as we will be featuring Jenny and Craig’s beautiful Wedding!

If you think about it, some of the absolute greatest culinary mash-ups of all time have happened in the last few years. Avocado toast, the cronut, and the flagel are just a few of my top favorites. However, regardless of what your favorite food combo might be, The Hershey Company just created the single most legendary food mash-up to end all food mash-ups: the Hershey’s Milk Chocolate Bar with Reese’s Pieces Candy. Yes, you heard that correctly, and it’s about to hit grocery store shelves in just a few weeks. I’m not really one to exaggerate, so believe me when I say it’ll blow your freakin’ mind.

On Oct. 11, 2018, The Hershey Company unveiled its latest and greatest creation, known as the Hershey’s Milk Chocolate Bar With Reese’s Pieces candy. Merging rich, melty Hershey’s chocolate with crunchy, peanut-buttery Reese’s Pieces (unsurprisingly) makes for a really, really rad candy bar. You won’t have to wait too long to try it, as it’ll officially be available nationwide in late November 2018, according to a press release. So, when you see it regally sitting atop that grocery store shelf — in all its glory — you’ll have to try one immediately. Trust me when I say that it’ll change your entire life, man.

In the press release, Kriston Ohm, The Hershey Company’s Senior Brand Manager, said that combining a Hershey’s Chocolate Bar and Reese’s Pieces was totally and utterly epic, and just one bite will probably end up winning over just about any sweet tooth. I don’t know about you, but simply hearing about it has already won me over.

The mash-up between Hershey’s Milk Chocolate and Reese’s Pieces candy is an ultimate celebration of the top two iconic chocolate franchises that will melt your heart to pieces for a once-in-a-lifetime epic treat.

To add to the celebration, the mash-up of the two candies has been heavily supported by a newly engaged couple named Jenny Ries and Craig Hirschey (which are, in fact, pronounced like Reese and Hershey). According to the press release, the couple has officially endorsed The Hershey Company’s newest creation (because honestly, how symbolic is that?) and TBH, it’s legitimately the most adorable (and on-point) endorsement I’ve yet to see.

It’s no surprise that combining two of the most tantalizing candies known to man (and woman) kind results in something as epic as Hershey’s Milk Chocolate Bar with Reese’s Pieces Candy. It’s sweet, crunchy, and it’s everything I could ever want, so get ready to have your mind blown (and to see the cutest meant-to-be engagement of your entire life). So, cheers to the tasty mash-up, and the happy couple! 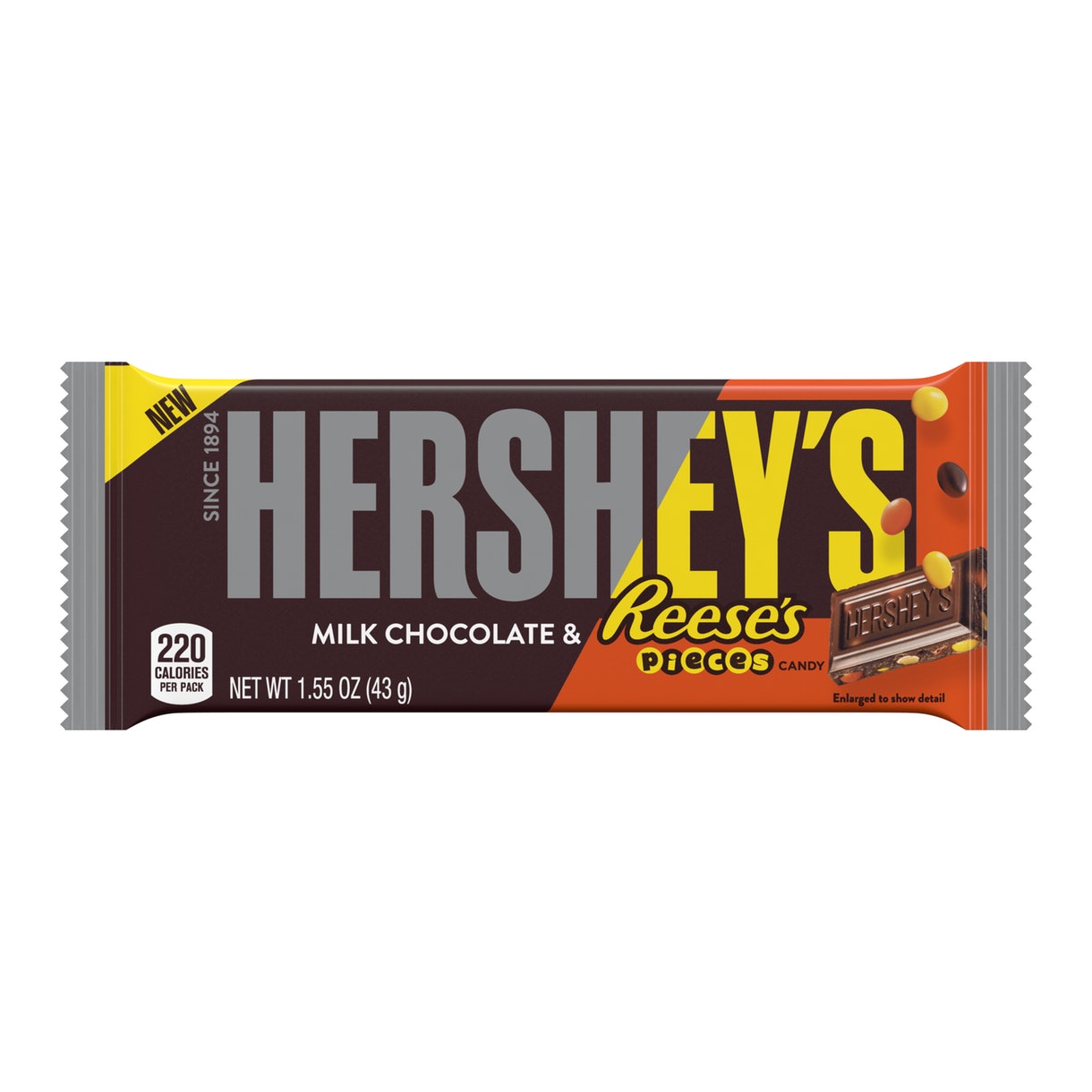 It’s that time again to cuddle up with your significant other and celebrate Valentine’s Day! Whether it’s your first or...

These days it’s not just popping the question that takes thought. Now couples are showing off their creativity with just how...

Check out The Wedding Guys on Get Married! AGAIN!

Check out The Wedding Guys on Get Married! AGAIN!

Here are Bruce and Matthew talking about modern brides and artistic flare! https://youtu.be/Y6ePuu7rQe0 Share this......