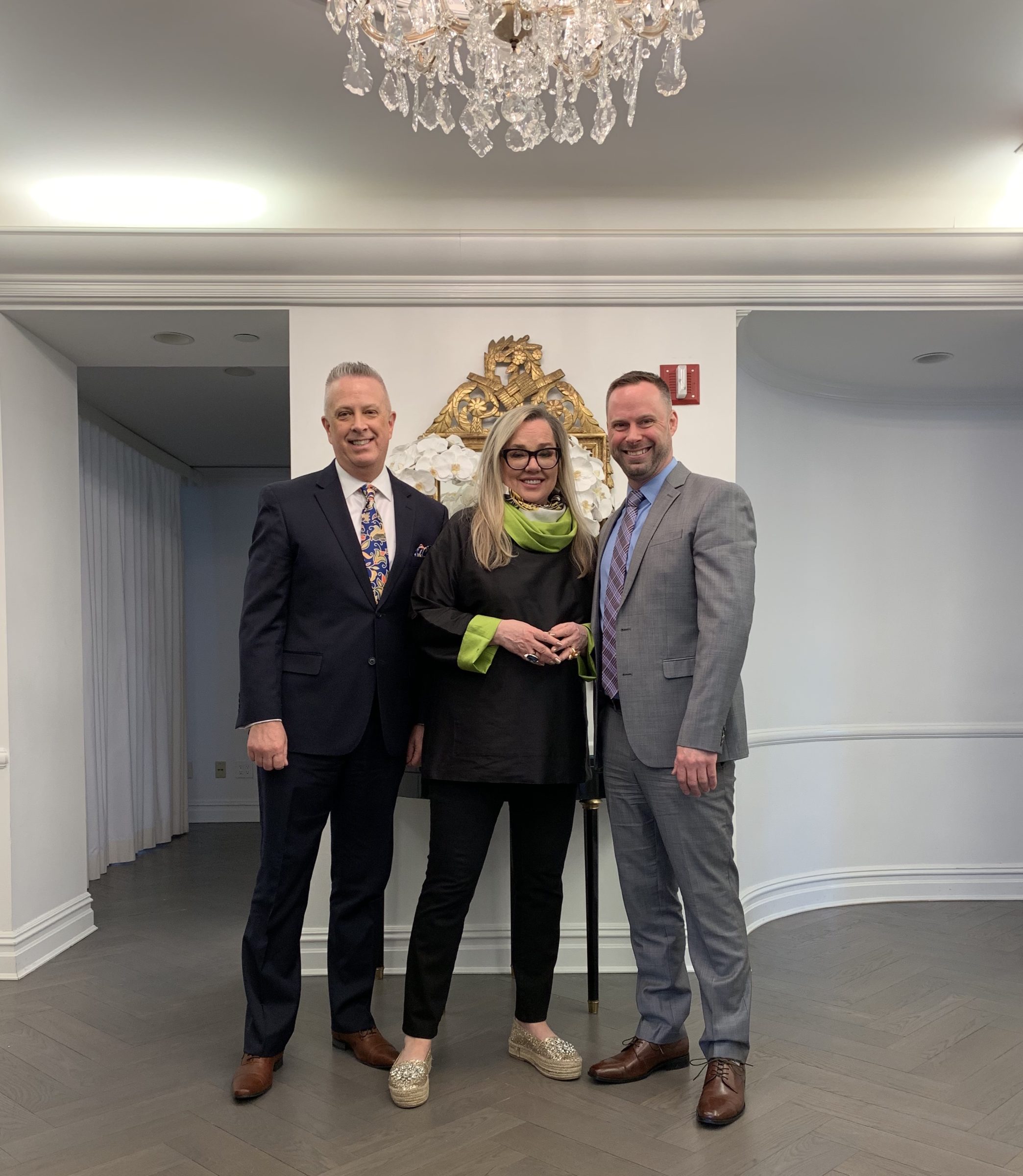 Romona Keveza has become an icon in the bridal fashion industry. Not only because her gowns are gorgeous, but also because they stand the test of time. We sat down with the designer during New York Fashion Week to talk shop and find out how she does it.

“Fabrics are not common, they are becoming more and more rare. The Romona Keveza Collection is really the best of the best, silk crepes, one woman starts and finishes the dress, it’s not an assembly line, this is atelier processing.”  Romona opened her show with an introduction that really expressed what makes her gowns the fine garments that they are. Take a look….

The Fall 2020 Romona Keveza Collection consisted of gowns perfect for the customer that truly understands quality garments that are investment pieces.  “Using the best techniques and made in North America,” the gowns are for women “who value investment pieces, she’s the one who buys a limited-edition Gucci bag and she’ll probably never wear it, she’ll have it in her closet, but it will probably be worth triple the amount of money within ten years.”  Not only that, but Romona’s sustainable fabrics (which she has always been using), such as all natural silks, and techniques (all made by hand) are the key elements that make these gowns so incredible.

“I’ve seen a lot of changes in my 19 plus years in the business, it’ll be 20 years next year in 2020.”  Romona might have seen changes, but has resisted it all along when it comes to how a garment is made. Passionate about “using the best techniques and having them made in North America” she cares about the quality of the fabrics, and the conditions of the workers. She also broke down her other lines for us with clear descriptions of who that particular bride is.

“Romona New York line is for that girl who doesn’t want to spend more than $3,000, the free- spirited girl, more relaxed, she could be getting married on a yacht in Greece, or on a vineyard, she could be jumping into the ocean after her ceremony, it’s that kind of a look, with a very New York vibe regardless of where the wedding is.”

“Legends is very classic, it’s timeless, it’s the kind of dresses that Audrey Hepburn, Grace Kelly, Jackie Kennedy became famous for. You don’t see them beaded from head to toe, you didn’t see those women in beaded gowns head to toe, and here it is 70 years later and they are still in style. So that’s what my inspiration is for Legends.  I can say with great certitude that the dresses I made 20 years ago are still in style today, tomorrow.  And that’s what I aspire to.”

So without heavy ornamentation, here are some of the beauties from Legends:

As for what’s in store for her 20th anniversary, we’ll have to wait and see.  She did tell us about a fabric she has, called reticella lace, for which there’s a two-year waiting list because there’s only one loom of it. Found on a farm in Italy, “It’s very delicate; ’reticella’ means fishnet, and it was used purely for royalty” the designer explained.  She has been holding on to for the right moment, and for the right gowns.  So maybe the 20th anniversary, a milestone many designers aspire to, is the perfect time to break out that amazing lace? Stay tuned to find out!

Are you a Gmail User? If so, you have seen the new switch in your inbox from one folder to three tabs. “In these three...

Reem Acra’s show was seamless! From one amazing silhouette to another with clean, A-line shapes, the simplest strapless...

Gay Couples Claim 1 in 3 Marriage Licenses Since same-sex couples have been able to wed in Minnesota, 1 in 3 marriage licenses...

Enter for your chance to Win

This is YOUR chance to build your perfect wedding by entering our lottery for $25K in cash. All you have to do is hit the link below and guess our Dream Wedding Vendor Wish List. Get it right and the prize is yours!